Let's turn our focus to Taipei World Trade Center and take a look at this booth design from ATEN!  Leaving the attendees with no disappointment, ATEN, together with KingOne Design, brought the another masterpiece again. This time we built a second floor situated in the middle of the booth,  bringing out the strength of space; walking up with the well-designed stair, the attendees got to see the whole view within one glimpse.

To show the strength of ATEN, we built a TV pillar, composed of eight televisions, displaying slide show to present the image of the company and became the eye catcher of the booth. 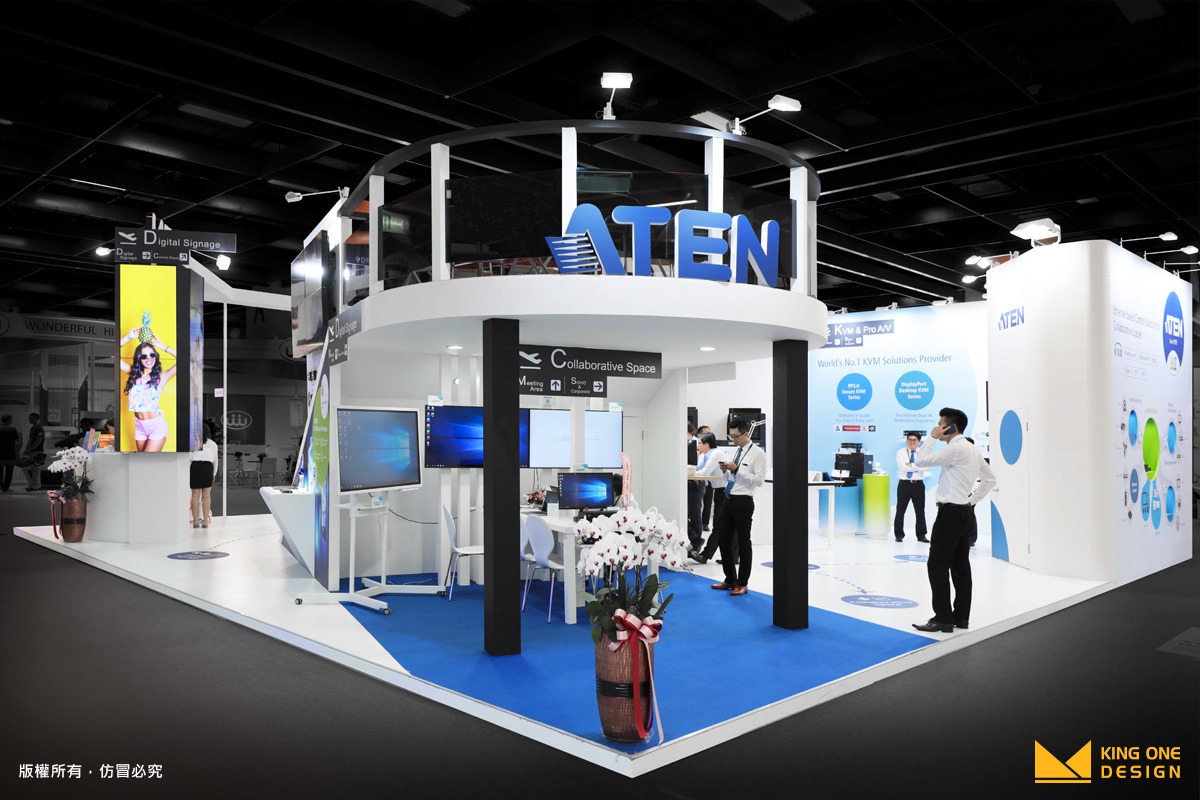